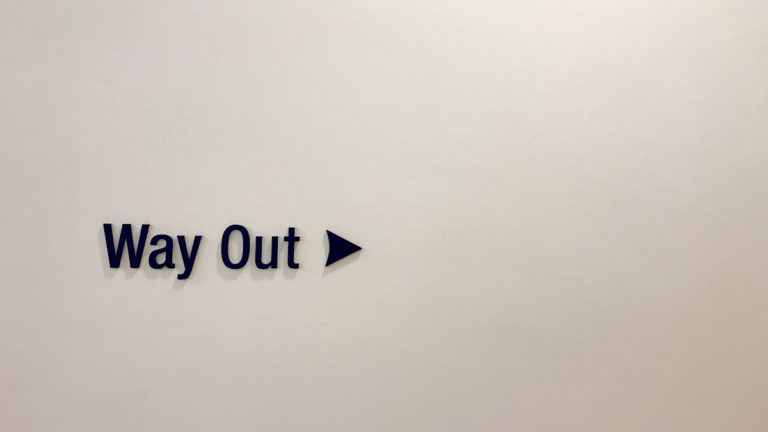 Every large company says that their people are their biggest asset. Yet everywhere we look, we see talented leaders leaving big companies. One senior marketer left running a $300 million brand to trade stock options for himself. Another senior marketer turned down a chance to run a billion-dollar portfolio to be the CEO of a small startup. Yet another senior strategy executive of a multi-billion dollar public company left to re-start his personal consulting practice.

The facts back up our anecdotal observations. Per a McKinsey survey, only 7% of Fortune 500 executives believe they retain high performers. The Conference Board believes Europe and the United States will be short up to 18 million high-skill workers in coming years. Interestingly, this number is eerily similar to the 18 million independent workers (aka solopreneurs) that were identified by MBO Partners, which provides technology solutions to self-employed workers.

There is a clear economic and emotional business case for leaving big companies to go solo or small.

he economic business case is quite clear. Many high-skill professionals will earn more money on their own than by working for someone. In 2015, the U.S. Census Bureau estimated there were 2.7 million non-employer firms that are run solely by owners. Nearly 70% of these solo businesses had annual incomes of $100,000 to $250,000, which is nearly two to four times higher than the average U.S. household. Thirty percent of solo businesses earn more than $250,000 per year versus 2% of total U.S. households. Many worry about health insurance and a stable paycheck, but if you can tolerate the uncertainty, you can earn more than enough to cover health care and save for rainy days.

The economic business case works well across nearly all levels of seniority.

We’ve worked with a junior consultant who opted out of the traditional next step of getting a MBA. He started freelancing and immediately made as much money as if he had just gotten the MBA, without taking on $100,000 of school debt.

The case is also compelling at the most senior levels. Consider Mark Leiter, who is former chief strategy officer at Nielsen and earlier was a practice leader at McKinsey. Starting in 2003, he spent years building a portfolio of consulting, investing and board roles as chairman of Leiter & Company — a firm where he has 100% ownership and autonomy. He only put this work on pause to help Dave Calhoun drive a major transformation at Nielsen. Several years ago, he returned to his “Plan A” independent-practice model. As he says, “I’m not looking for a full-time job, but full-time jobs are looking for me. It takes tremendous discipline to stay independent when your skills are in demand, and when clients are tempting you with big roles on their leadership team. Never say never, but I intend to do what I’m doing for another twenty years.”

Of course, there are a handful of atypical situations where someone can make a gigantic payday by taking on the top job at a large company that is either going public or seeking to be acquired. But the common theme across these solopreneurs is that they are self-aware that there are diminishing returns to their happiness of trading in a six-figure solopreneur life with high autonomy for the rare high risk/high reward job with extremely high stress and hassle that is out of their control.

Of course, there are a handful of atypical situations where someone can make a gigantic payday by taking on the top job at a large company that is either going public or seeking to be acquired. But the common theme across these solopreneurs is that they are self-aware that there are diminishing returns to their happiness of trading in a six-figure solopreneur life with high autonomy for the rare high risk/high reward job with extremely high stress and hassle that is out of their control.

For many, the emotional business case is as big of a draw. A good number of those who left big companies were introverts who grew weary of working in a predominantly extroverted environment. For others, it was the realization that political skills were increasingly important the more senior you got; over time, many lost their desire to play that game. But perhaps the most common emotional benefit is the release from the burden of carrying other people. Marc Andreessen has said, “five great programmers can completely outperform 1,000 mediocre ones.” This dynamic is true whether it is in technology or in consulting. Unless these stars have a meaningful ownership stake and can see near-term opportunity for a corporate sale, the surplus they create is largely used to subsidize others.

But as we talk with solopreneurs, it is not just about fairness and freeloaders, but rather it is simply about being free. Being free from the burden of providing for others. Being free from answering to a corporate parent or shareholders who say, “What have you done for me lately?” Being free from the Sisyphean frustration of having battled through a hard year, only to start over again on January 1.

For many, the emotional business case to go solo is about family and friendships. Work-life balance is hard, but is meaningfully easier when you are on your own. Last year, one of us (Eddie) got a call from his middle daughter Audrey’s sixth-grade English teacher. The teacher said that Audrey had written an outstanding story about a yellow balloon that relentlessly pursued a dreary, workaholic man, luring him to the countryside where his parents took him as a child. Although the visit made him recall a happy place, it also reminded him that his parents did not have enough money to provide for him which was the root cause of his workaholic behavior. The moment creates an epiphany, and he stops working so much and eventually rediscovers his family. When asked, Audrey said that the story is not about her dad — and in fact, Eddie left his consulting job and became a solopreneur before she wrote the story. Nonetheless, the story reaffirmed that he’d made the right choice.

Solopreneurs are providing services that require less capital to start than businesses with physical assets. Further, technology is making it easier and cheaper to strike out on your own. We anticipate the cohort of solopreneurs to grow significantly, accelerating the brain drain at large companies and causing them to struggle even further than they are today.