If I talk about someone who has great self-control, what comes to mind? Many of you probably picture someone who has a lot of willpower (and maybe looks serious most of the time). But that’s just one part of the puzzle.

The fact is, we require more than willpower to achieve self-control. Our emotions are instrumental in our decision making and our actions. But we don’t always realize it.

YOUR THINKING BRAIN VERSUS FEELING BRAIN
Let’s pretend your mind is a car. Let’s call it the “Consciousness Car.” Your Consciousness Car is driving along the road of life, and there are many different routes and an infinite number of destinations. These roads and intersections represent the decisions you must make as you drive, and they will determine where you end up.

The Thinking Brain is conscientious, accurate, and impartial. It is systematic and rational, but it’s also slow. Like a muscle, it must be built up over time and can become fatigued if overexerted. The Feeling Brain, however, arrives at its conclusions quickly and effortlessly. The problem is that it’s often inaccurate and irrational.

OUR BRAINS ON DECISION MAKING
When we think of ourselves and our decision making process, we generally assume that the Thinking Brain is driving our Consciousness Car. The Feeling Brain is sitting in the passenger seat shouting out where it wants to go.

This is the Classic Assumption, the belief that our reason is ultimately in control of our life, and that we must train our emotions to shut up while the adult is driving. We then applaud this kidnapping and abuse of our feelings by congratulating ourselves on our self-control. But our consciousness car doesn’t work that way.

OUR FEELING BRAIN DRIVES OUR DECISIONS, WHETHER WE LIKE IT OR NOT
Here’s the truth: The Feeling Brain is driving our Consciousness Car. Because, ultimately, our emotion drives action. That’s because action is emotion. Emotion is the biological hydraulic system that pushes our bodies into movement. Fear is not this magical thing your brain invents. It’s the tightening of your stomach, the tensing of your muscles, the release of adrenaline, the overwhelming desire for space and emptiness around your body.

While the Thinking Brain exists solely within the synaptic arrangements inside your skull, the Feeling Brain is the wisdom and stupidity of the entire body. Anger pushes your body to move. Anxiety pulls it into retreat. Joy lights up the facial muscles, while sadness attempts to shade your existence from view. Emotion inspires action, and action inspires emotion. The two are inseparable.

This leads to the most straightforward and most obvious answer to the timeless question, why don’t we do things we know we should do?

HOW THE EMOTIONAL BRAIN TAKES OVER
While all this is going on, the Thinking Brain is sitting in the passenger seat. It imagines that it’s totally in control of the situation. If the Feeling Brain is our driver, then the Thinking Brain is the navigator. It has stacks of maps that it has drawn and accumulated throughout life. It knows how to double back and find alternate routes to the same destination. It knows where the wrong turns are and where to find the shortcuts. It correctly sees itself as the intelligent, rational brain, and it believes that this somehow privileges it to be in control of the Consciousness Car. But, alas, it doesn’t. 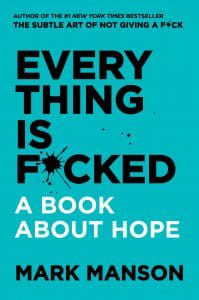